ORGANIC AGRICULTURE CAN FEED THE WORLD?

Despite the millions of dollars spent by large chemical corporations trying to show that organic agriculture can not feed the rapid expansion of world stocks, some extensive and intensive studies show that differences in performance between conventional and organic farming are small and are still subject to further reductions.

An article in the Only Organic Blog (1) He cites the minutes of the Royal Society of London (Proceedings of London’s Royal Society) Dec. 10, 2014 (2) what do they say: "We found no significant differences in yields of leguminous and non-leguminous crops, perennials and annuals, and those carried out in developed countries or developing. Instead we find the novel result that two agricultural practices, the multicropped and rotations, substantially reduce the yield gap (al 9 ± 4% and 8 ± 5%, respectively) when these methods were applied exclusively organic systems. These promising results based on strict meta-analysis of large data, suggest that adequate investment in agroecological research to improve organic management systems could greatly reduce or eliminate the gap in yields for some crops and regions ".

The above-mentioned article Only Organic Blog adds a very important observation: "The fact is that focusing on yields are not going to cure global hunger and obesity, two of the biggest problems facing modern societies. When the American agriculture is increasing yields, it does with corn, which ends up feeding the cows or cars, no people. De facto, more than three-quarters of the calories produced on farms in North America go to livestock feed and biofuels. Corn crops really need higher yields that destroy the soil, They drain into waterways and provide only small amounts of edible food (full story: http://iopscience.iop.org/1748-9326/8/3/034015)”.

So we can ask Who is primarily responsible for world hunger? Are agricultural yields or corporate interests? Monstrous international corporations producing genetically modified seeds and own the patents - not leaving their multiplication in the hands of farmers - also produce fertilizers and chemical herbicides, synthesized products to control pests and, also, often they control the production fields and machinery. A perfect noose for farmers that almost leads to modern economic slavery.

But, Of course, these corporations need to have an excuse for their mega-business and found the best: world hunger. E spend millions of dollars on misleading advertising or, even worse, research trying to convince that it is only through the premises of the industrial revolution that world hunger can be alleviated. For which agricultural land have to expand deforesting, populations must translocate, no matter that the environment is damaged, that global resources are destroyed, the weather changed and, Finally, the same food production that say they want to promote being damaged.

And if world hunger was not enough excuse, They found another: the need to replace fossil fuels with agrofuels. No matter if the above calamities caused by the green revolution are not for food production, but agrofuel. Else, How it would satiated the thirst for energy required for their industrial plants? The excuse this time is to replace fossil fuels. No matter that both fuels produce emissions when burned. There is a sacrosanct need for power to be produced without seeking ways to reduce. Or at least avoiding the laborious search for replacement by alternative energy.

So the problem is not the difference between agricultural yields. The problem is that organic farming would lead to the destruction of the vicious circle that holds the business and the value of the shares of those monster corporations. This is the main problem and not world hunger.

ORGANIC FOODS: Are they really "MOST EXPENSIVE" than conventional? 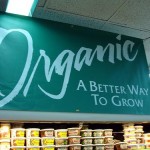 One of the biggest obstacles in the marketing of organic foods is that they are "more expensive" than conventional. The truth is that prices of organic products reflect the actual cost of producing food sustainably, while external costs of producing conventionally hide in a misleading […]
READ MORE →

Arsenic in food and rice 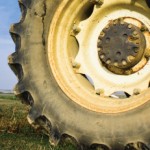 Arsenic in your food Our finding show a real need for federal standars for this toxin Consumers Report magazine: November 2012 1. What is arsenic? / What is arsenic? Arsenic is a naturally occurring element that is found in soil, water, plants and animals. The properties of arsenic have been known since antiquity. In […]
READ MORE →

Producers like rice producing companies in the United States takes great pride in providing the consumer with a healthy rice, good quality and nutritious. We know that the word arsenic is an alarming word to many consumers and you may have doubts.
READ MORE →